Jay Chou, the most popular Chinese singer on the stage, brought his team to perform in Vancouver, San Francisco, and Los Angles as his tour concert in the North America during the Christmas and New Year season of 2010 – 2011. Each show held up about ten thousands audience.
This largest Chinese concert performing group consists of over one hundred dancer, signers, and the stage professional in charge of audio and video effects. They also brought in huge shipments to splendid stage with 360 degrees floating 3-D image visual technology that is applied on Jay Chou’s neo-era concerts. The stage design, settings, and craftsmanship for this concert reflect the world-top level stage effect. Being a superstar in today’s music world of the Chinese language, Jay Chou has toured many Chinese regions and overseas cities with full houses since his debut at Taipei Arena in June, 2010. Over one hundred dancers, singers, musicians, and supporting crew work on this concert.
Included in the shipment are super LED screen, and swinging sliding stage, as well as the devices, equipment, costume, and musical instruments from Shanghai, Taipei in ocean containers and air cargo. The shipment arrived at Vancouver first, and then would be consolidated into trailers after 1st show to move across the border into the U.S. The cargoes would be shipped back to Asia via both air and ocean. Due to the complicated routes, and variety of the shipping items, especially the tight schedule between Vancouver and San Jose show challenged by the lengthy cycle of stage buildup and breakdown at each show, everyone understands the difficulty and hardship of this logistics arrangement. Great Way, contracted by the host and organizer of this tour concert, had to face the challenge and overcome all the difficulties by well planning in advance and sending operation group at each show. The operation team has dealt with customs bureaucracy, and coped with contingencies and finally deliver the shipments timely without any delay. Great Way’s professional service and its people’s hard work have support the concert to run successfully and are appraised by both the organizer and the performer group. 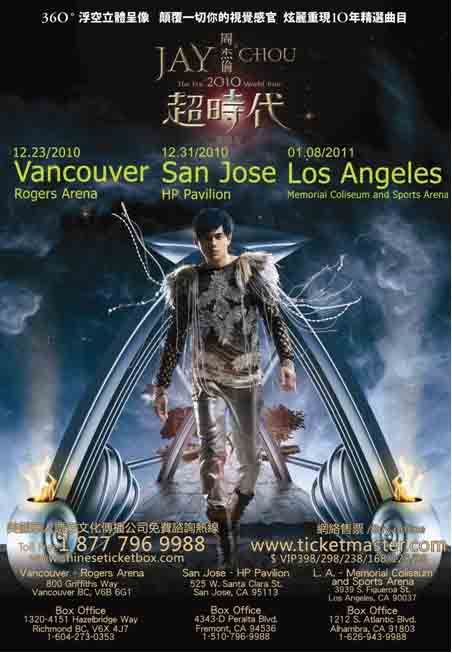 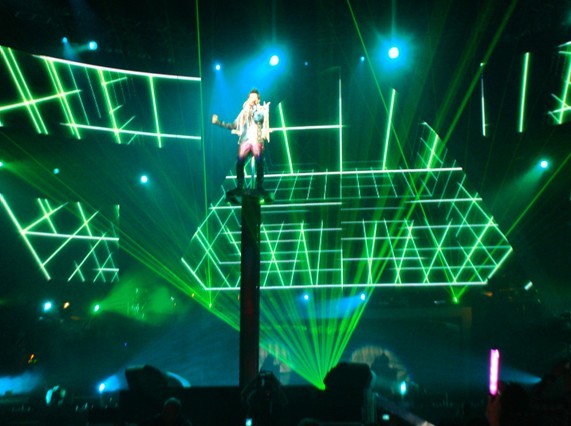 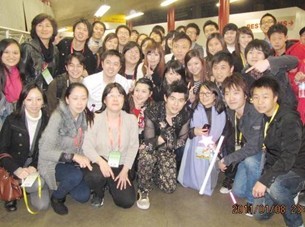 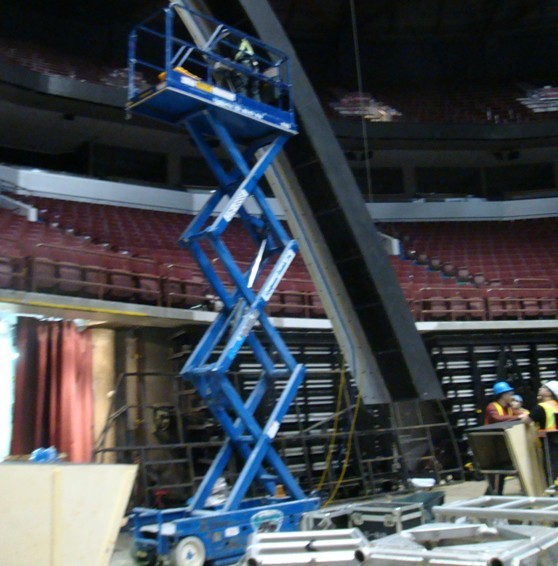 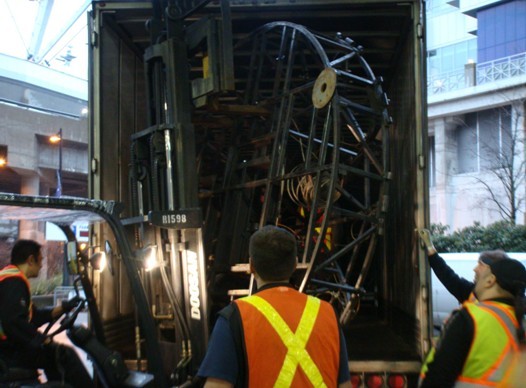 Photo#4 & 5 :Break down the stage pros and packing into trailer(photo by PG)